For Everything Your Car Needs.

State Automotive Repair provides our customers with quality automotive repair and maintenance to our friends & neighbors in the Greater Newburyport Area. We are walking distance to the historic water front, shops, restaurants and businesses of downtown Newburyport.

State Automotive Repair has a solid, well-established, honest reputation in our community. This is affirmed by our winning the Reader's Choice Award year after year. Our loyal customers and their children return to us because they know that we treat them like family, and we look after their vehicles (cars and trucks) as if they were our own.

State Automotive Repair is well reviewed by customers, just like you, on Yelp*, SureCritic, Google+, CarTalk and more.

State Automotive Repair is a state of the art repair facility with experienced and seasoned ASE certified automotive technicians and mechanics with no less than fifteen (15) year’s experience in the automotive repair field.

We're only steps away from your home and work, so there's no need to trek all the way to the dealer, when you have a quality dealer alternative right at your own front door. We offer late model courtesy vehicles upon request, and we can provide pick up and drop services when called on to do so.

We know that no one enjoys the time, hassle or expense of maintaining and repairing their vehicle. It is our desire to provide fast, friendly and quality service during every visit.

Thank you for considering State Automotive Repair for your automotive repair and maintenance needs. 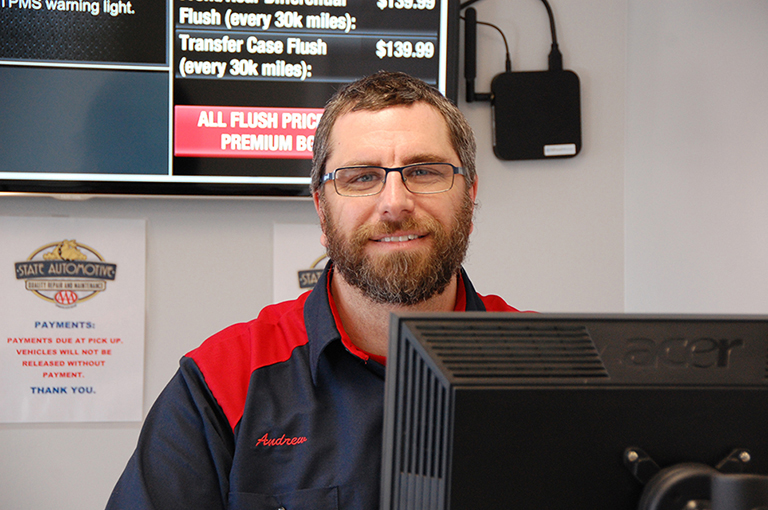 Andrew lived in Newburyport for almost 20 years. He has owned State Automotive Repair, Maintenance & Sales since January, 2005. Before taking over the helm of State Automotive. Andrew was a co-owner of New England’s largest swimming pool company. For eighteen years, Andrew handled day to day operations of the service, catalog, warehouse and marketing end of the business. 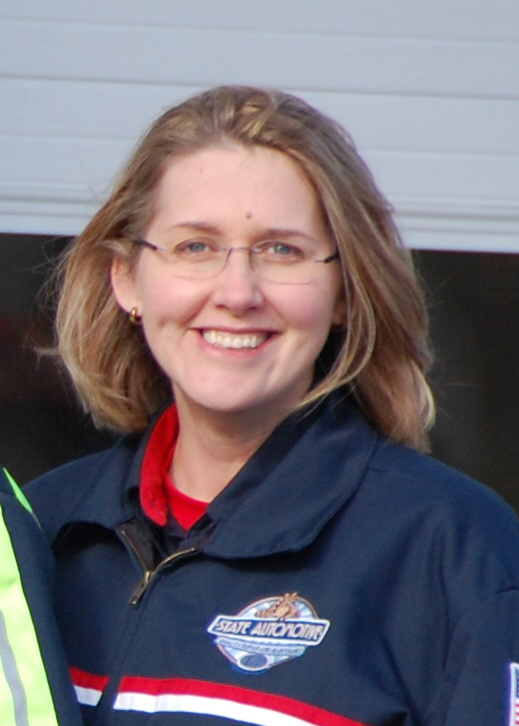 Dana de Bernardo has been the bookkeeper and a service writer at State Automotive since 2004, and she can usually be identified wearing a shirt with Andrew's name on it. She grew up in western Michigan, but Dana has lived in Massachusetts her entire adult life. Whenever she visits her family in the Midwest, she is careful to tone down what they call her "Boston Driving Accent." She was an avid, though unremarkable, cook, knitter, and reader. Now that small children have appeared on the scene, she spends most of her free time building exceptionally tall Duplo towers, singing the ABCD song until everyone falls down in a pile of giggles, and reading "Just for You" by heart. As far as hobbies go, she couldn't ask for a better upgrade.

All our techs are ASE Certified. 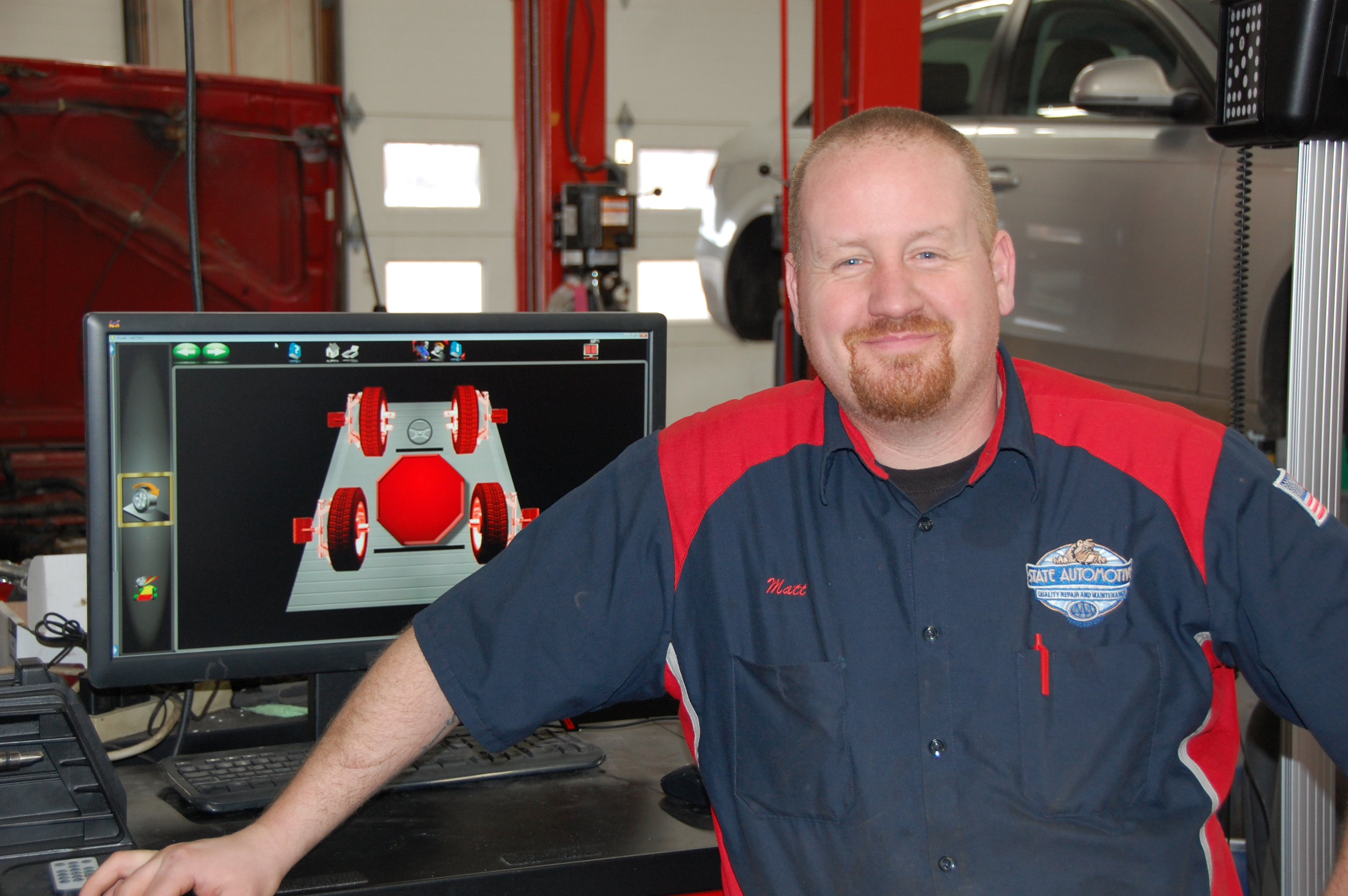 Matt is the most recent addition to the State Automotive Repair team, having started in November, 2015.

A seasoned technician with twelve (12) years experience, he spent the last five (5) years as a lead technician at a repair facility in Salem, NH.

From a very early age, Matt’s earliest memories were of hanging around local Malden garages. At 13, he found himself pulling cars in and out of the garage bays at one of those garages. He then studied automotive repair at Northeastern Regional High School and has worked on cars and trucks ever since.

Matt was born and raised in Malden, Massachusetts and moved to Methuen when he was in his early 20s. Matt still lives in Methuen with his girlfriend, Christina, and their two (2) cats, Tom & Wesley.

Matt and Christina welcomed their first child, Anna Hazel, into their family in June, 2016.

What’s with the BullDawg in your Logo? 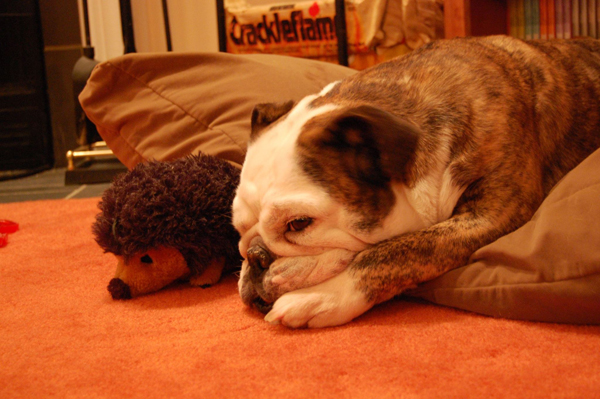 Genesee was named after the river and valley in my native Rochester, NY.

Genny was always an affectionate, but stubborn companion. She always liked to be close to her family, cuddling, licking & lying on her back. She seldom liked long walks, or runs and preferred her time inside the most. Although, she never passed up a chance to lay in the sun.

When Genny was just a pup, we visited Plum Island, and seeing all the sand, and not knowing what it was, she proceeded to eat much of the beach and in our family lore, we blame her for the rapid erosion of the Island that the Army Corp of Engineers is trying to save a decade later.

Genny was always well mannered - sit, stay, paw, other paw - and when we went to obedience class it wasn't until week 5 that we/she actually learned anything that we/she didn't already know - it was nice that she was head of her class. Why? Because when we tried doggie day care months later, she was kicked out on her first day for pinning a couple of small dogs down. You see, Genny felt she was an equal to all bigger dogs, alpha to all smaller ones and there was no teaching her otherwise.

Genny was a legendary snorer. Louder than anyone from the extended family, which is really saying something. Often her snores would wake us, and it was not uncommon for her snores to actually shake things on the wall.

Genesee was part of our family for thirteen (13) years, and she will be missed. Our logo ensures us that we will never forget her.